After some discussion with Egyp7I realized I could use the Msf:: We notice that we have some possibilities for the XOR instruction. You can hard-code the number of bytes to decode and count them, or you can use a "stop" marker at the end of your data.

Adding some padding bytes: First of all, some conventions from Intel references that we'll use in our summary arrays: We also may clean up traces like log files and events with a shell. For the alphanumeric decoders, SkyLined decided to use the lower 4 bits of every byte and combine two of them for every one byte of decoded data.

I'm literally writing this code as I write the blog and, message from the future: Test service does not exist: Not too far after, you'll see this function call: Checking whether the counter has reached the end value can be done in much the same way as described above with checking for the "stop" marker.

It is obvious, in such cases, that they will be very precious. If you look up the function definition for CreateProcessAsUser, you'll find everything you need to know.

We notice that we have some possibilities for the XOR instruction. The engine only has to pop it in a register 4can then decompress the data to build the original shellcode 5and finally jump to it 6. Usually this is trivial: You can of course move in two directions: Unfortunately, that gives us no information about whether a host is vulnerable.

Once that's done, you can use the exact same command against the remote host: Encoding the actual code You've probably noticed by now: We also insert some breakpoints: The good news is, the patched version of this service will only run files that are signed by WebEx.

I started by using a psexec-like exploit where we upload the. There are a lot of targeted ways we could validate whether code was run. If we can write such alphanumeric shellcodes, we will be able to store our shellcodes nearly everywhere.

This breakpoint will be build at runtime. This is one reason why socket re-using shellcode is sometimes used: And after that, we set the standard input, output and error to the socket number that returned from accept API the attacker socket number to redirect the output and the input to the attacker.

This breakpoint will be build at runtime. Our original shellcode will then be written to the heap. Decoder stub Okay, we've proven that we can encode instructions without the most significant bit set. We don't really have any output, so it's hard to say. 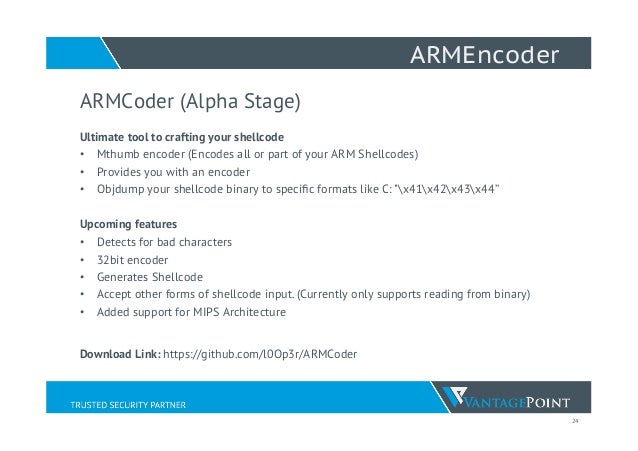 And the structure of the heap. The parsing recognizes C commentaries and multi-lines arrays. Segment Override Prefix 65 'e' gs: To use this method, we must have an original shellcode with a smaller size compared to the space between the end of our compiled shellcode and the value of ESP at the beginning of the execution of our shellcode.

Don't you love verbose error messages. BB represents bytes of ou non-alphanumeric generated shellcode. Partial overwriting of addresses is sometimes also interesting, because we can take advantage of bytes already present on the stack, and mainly take advantage of the null byte that we cannot generateautomatically copied at the end of the C string.

When changing multiple bytes, you will probably have to repeat these steps for each single byte. I will show you everything now on the payloads. As you can see, we allocate a local variable for the lpStartupInfo and set all variables inside it to zero.

But if we went this route we would have to access.

ARMv8 Shellcodes from ‘A’ to ‘Z’ above constructions built on existing shellcode writing approaches and required manual ne-tuning. When writing alphanumeric code, spaces and return characters are added for reading convenience but.

Solving bb-tuff: writing base64 and alphanumeric shellcode. 1 Reply. Hey everybody, A couple months ago, we ran BSides San Francisco CTF. It was fun, and I posted blogs about it at the time, but I wanted to do a late writeup for the level bb-tuff.

Writing shellcode is slightly different from writing normal assembly code and the main one is the portability issue. Since we do not know which address we are at, it is not possible to access our data and even more impossible to hardcode a memory address directly in our program. 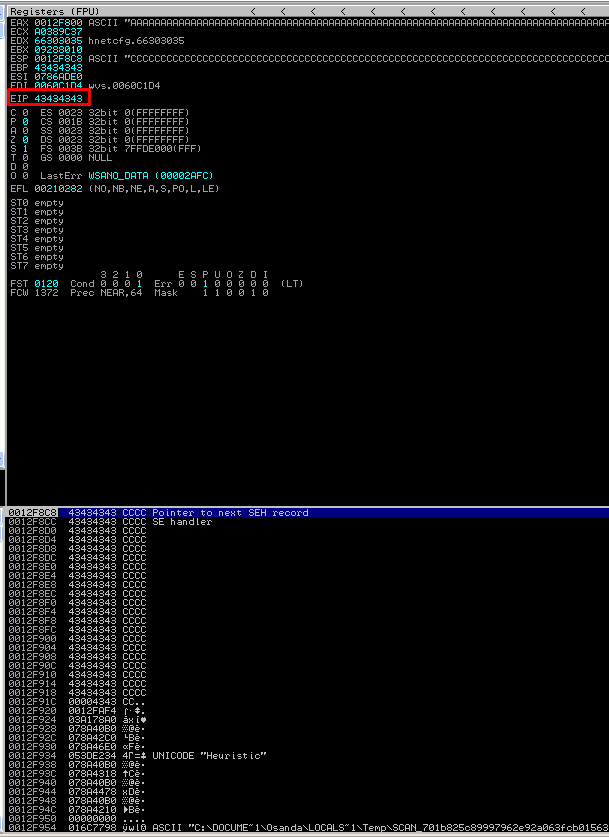 One thought on “ Solving bb-tuff: writing base64 and alphanumeric shellcode ” Reply. Grazfather June 28, at Cool, I like your methodical approach. I did mine similarly, but more back and forth (e.g. I had to keep adding padding in the middle so that the bytes I needed to change were at least 0x30 bytes from the address I had in ecx.